Hello, it’s been a while since I wrote an entry to the blog. Pressure of work and the demand of finishing one or two projects have meant I simply haven’t had the time required to keep up with writing for the blog. Apologies to those of you that I never replied to when you emailed and asked what’s been going on and where were the blogs – I’m amazed at the capacity for writing some bloggers seem to have that manage to keep a steady trickle of blogs over a period of years; perhaps I need to learn something from them about pacing my life to fit it all in.

Talking of pace of life…how must Jeremy Corbyn be feeling right now? Exhausted I’m sure! Over the last weeks and months he’s been giving countless talks at rallies and hustings and Q&A sessions. I’ve decided to write this quick blog to share a few thoughts about my take on why he might be doing so well in this election race and is now looking like he will be elected the next Leader of the Labour Party. I went to the rally at Derby Roundhouse last weekend to see him for myself. I was impressed, not so much by the policies, they are after all pretty much standard Labour policies that New Labour abandonned. What  I was more struck by was that he really is just as he seems to be when he’s on the television or on the radio. This had been what I suspected and to be honest had hoped. It made me think that people are not necessarily coming back to Labour because of something mysterious; they are coming back because they can see, in Corbyn, a clear, consistent, transparent message being delivered by someone that ‘believes’ the message himself. What we see in Corbyn is an authentic person living in accord with his beliefs and values. His politics are congruent with his person.

It is clear from Corbyn’s policies that he values the freedom and right to self-determination of the individual; their right to be themselves and to fulfill their potential. No matter what their race, gender, sexuality, age, whether disabled or able bodied each person is an equal. He believes in the power and wisdom of the group, the collective, and that the way to release the potential in the group comes about through the empowerment and liberation of individuals, in the trust they will set to work for the development of the group as a whole. He believes in people and their constructive capabilities, he believes in dialogue as a means to bring about change and he has an unwavering desire to engage with all sides of a conflict, and towards the development of a better society and world.

Now, I guess that many involved in politics would say that they too aspire to these values; so why does Corbyn seem to have garnered the support of the majoirty of party members and the wider public so quickly?  One explanation might be that Corbyn has been able to be himself; he is being authentic in all of the things he is saying. He knows himself and what he believes in. He has a hsitory of being authentic and standing by his values and principles even when it will have been dificult for him to do so. He has defied external control when he has needed to vote by concsience. He knows what he believes in and so far he has been able to act in a way that is consistent with these beliefs. He does not wriggle out of questions needing to avoid saying something that will upset others, he says what he believes and what he believes in seems to be resonanting with hundreds of thousands of people sympathetic to Labour and socialist values. He has clear principles that run through his politics and his person.

There is no doubt challenging times lie ahead for Jeremy Corbyn if he does get elected as leader. However, It seems that the power of authenticity is being released through Corbyn and he really does offer a new hope for an ‘authentic politics’ to emerge. 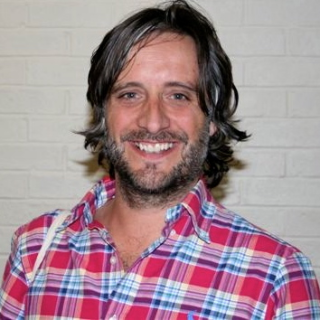 I am a person-centred experiential psychotherapist. A Chartered Psychologist and Foundation Member of the Register for Psychologists Specialising in Psychotherapy and Associate Fellow of the British Psychological Society. Mainly I work as Associate Professor at the University of Nottingham where I am the Course Director for the MA Person-Centred Experiential Counselling & Psychotherapy. I have previously held the post as Honorary Psychologist in Psychotherapy Nottinghamshire Healthcare NHS Trust. All of the views expressed in my posts within this blog are my own.